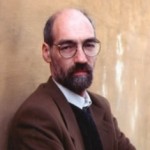 Iain George Pears was born in Coventry, England. He is an English art historian, novelist and journalist. He earned his BA degree from Wadham College, Oxford. He earned his PhD from Wolfson College, Oxford. Before writing, he worked as a reporter for the BBC and correspondent for Reuters from 1982 to 1990 in Italy, France, UK and US. In 1987 he became a Getty Fellow in the Arts and Humanities at Yale University. He has written several historical-mystery novels include: An Instance of the Fingerpost(won Martin Beck Award), The Dream of Scipio, Stone's Fall, The Raphael affair, and Arcadia. He has written other books include: The Discovery of Painting, The immaculate deception, The Titian committee, The Bernini bust, The last judgement, Giotto's hand, Death and restoration, and The portrait(nominations: CWA Ellis Peters Historical Dagger Award).