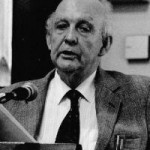 Iain Crichton Smith was born in Glasgow, Scotland. He was a Scottish man of letters, writing in both English and Gaelic, and a prolific author in both languages. He is known for poetry, short stories and novels. He educated at the University of Aberdeen, where he took a degree in English. He wrote several books include: Consider the Lilies(novel), Murdo, The last summer(novel), Survival without error, The black halo, After the Dance, Maighstirean is ministearan, My last duchess, Goodbye, Mr. Dixon, On the island, An End to Autumn, and The permanent island. He wrote several poems include: Culloden and After, Old Woman, The Iolaire, The Man who Cried Wolf, You Lived in Glasgow, and You'll Take a Bath.