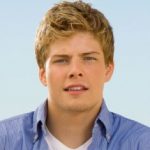 Hunter Parrish was born in Richmond, Virginia, USA. He is an American actor and singer. He is known for playing the role of Silas Botwin in Showtime's television series Weeds and for his performances in the Broadway productions of Godspell in the role of Jesus and Spring Awakening as Melchior. He graduated from Plano Senior High School and Texas Tech University Independent School District. His role in several films include: Sleepover, Down in the Valley, Freedom Writers, 17 Again, It's Complicated, The Space Between, Gone, Still Alice, and All Nighter. In 2012, he recorded his first EP called Guessing Games, featuring six songs. The first single from the EP, "Sitting at Home", was released on iTunes on June 7, 2012. The complete EP was released later that month, on June 26.