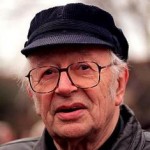 Humphrey Richard Adeane Lyttelton, also known as Humph was born in Eton, Berkshire, England. He was an English jazz musician, composer, broadcaster, cartoonist, and radio personality. Having taught himself the trumpet at school, he became a popular figure of the trad jazz revival, leading his own eight-piece band, which recorded a hit single, "Bad Penny Blues", in 1956. As a broadcaster, he presented BBC Radio 2's The Best of Jazz for forty years, and hosted the comedy panel game I'm Sorry I Haven't a Clue on Radio 4, becoming the UK's oldest panel game host. He was also a cartoonist, collaborating on the long-running Flook series in the Daily Mail. His albums list shown below: Triple Exposure, I Play As I Please, 1959, Georgia Mae, In The Evening, Big Band Classics, and I Love Jazz.