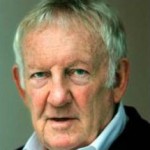 Hugo Maurice Julien Claus was born in Bruges, Belgium. He was a Belgian novelist, film director, painter, playwright, poet and screenwriter. He wrote primarily in Dutch, although he also wrote some poetry in English. He directed several films include: The Enemies, Vrijdag, and The Sacrament. He wrote several films include: The Knife, The Lieutenant, De Dans van de Reiger, The Enemies, Vrijdag, and The Sacrament. As a painter, he was a participant in the CoBrA art movement from 1950. He wrote several books include: The Sorrow of Belgium(novel), Wonder(novel), Even Now(poem), Cool lover(novel), Omtrent Deedee(novel) and Greetings(poem). He wrote several plays, including Interieur.