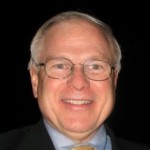 Howard Louis "Howie" Carr, Jr. was born in Portland, Maine, USA. He is an American columnist, author and conservative radio talk-show host. He hosts The Howie Carr Show, which broadcasts on weekdays, in addition to writing three columns a week for the Boston Herald. In 1985, he won the National Magazine Award, for Essays and Criticism. He played a radio show host in the 1998 John Travolta film, A Civil Action. Today, he's a member of the National Radio Hall of Fame, and consistently ranked by Talkers Magazine, as one of America's top radio talk show hosts. He has written several books include: The brothers Bulger, Hitman, Hard Knocks, Ratman, Rifleman, Plug Uglies, and Killers(novel).