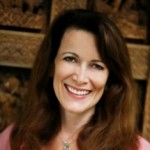 Hope Edelman was born in New York City, New York, USA. She is an American author of nonfiction books, including the bestsellers Motherless Daughters, Motherless Mothers, and The Possibility of Everything(memoir). She has written other books include: Letters from Motherless Daughters, Mother of My Mother, and Boys Like That(memoir). She earned her bachelor's degree from Northwestern University’s Medill School of Journalism in Evanston, Illinois. She earned her master’s degree in nonfiction writing from the University of Iowa in 1992. She has lectured extensively on the subjects of early mother loss and nonfiction writing in the U.S., Canada, Australia, and New Zealand. Her articles and reviews have appeared in numerous publications, including The New York Times, Chicago Tribune, San Francisco Chronicle, The Washington Post, and The Huffington Post. She has been teaching nonfiction writing for more than twenty years, most recently as an associate faculty member at Antioch University, Los Angeles.