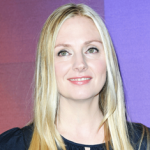 Hope Davis was born in Englewood, New Jersey, USA. She is an American actress. She graduated from Vassar College with a degree in cognitive science. Her role in several films include: About Schmidt, American Splendor, The Special Relationship( received Emmy Award nomination), Flatliners, The Daytrippers, Arlington Road, Hearts in Atlantis, The Weather Man, The Hoax, Charlie Bartlett, Genova, The Lodger, The Family Tree, and Wild Card. Her role in television include: Deadline, Six Degrees, In Treatment(received Emmy Award nomination), The Newsroom, Allegiance, Wayward Pines, and American Crime. For her role in the original Broadway production of God of Carnage in 2009, she received a Tony Award nomination for Best Actress in a Play.