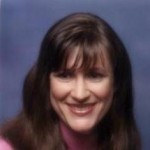 Holly Lisle was born in Salem, Ohio, USA. She is an American writer of fantasy, science fiction, paranormal romance and romantic suspense novels. She is also known for her work in educating writers, including her e-book Mugging the Muse. She has written several novels include: Fire in the Mist( Compton Crook Award winner), Bones of the Past(Nominations: Locus Award), Curse of the Black Heron, Midnight Rain, Talyn, and Hawkspar. She has written other books include: Minerva Wakes, Mind of the Magic, Hunting the Corrigan's Blood, Hell on High, Diplomacy of wolves, Vengeance of dragons, Courage of falcons, The wreck of Heaven, Memory of Fire, Gods old and dark, and Ruby Key.