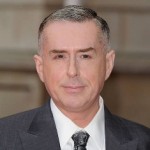 William Holly Johnson was born in Liverpool, England. He is an English artist, musician, singer and songwriter. In the late 1970s he was a bassist for the band Big in Japan. In 1989, Johnson's debut solo album, Blast, reached number one in the UK albums chart. Two singles from the album – "Love Train" and "Americanos" – reached the top 5 of the UK Singles Chart. In the 1990s he embarked on a painting career. His albums list shown below: Blast, Hollelujah, Dreams That Money Can't Buy, Soulstream, Europa, and Unleashed From the Pleasuredome. His singles list shown below: "Atomic City", "Heaven's Here", "Where Has Love Gone?", "Across the Universe", "The People Want to Dance", "Legendary Children", "Hallelujah", and "Disco Heaven".