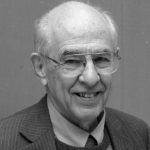 Hilary Whitehall Putnam was born in Chicago, Illinois, USA. He was an American philosopher and mathematician. He earned his BA degree from the University of Pennsylvania. He received his Ph.D. in Philosophy from the University of California, Los Angeles in 1951 for a dissertation entitled "The Meaning of the Concept of Probability in Application to Finite Sequences". He made significant contributions to philosophy of mind, philosophy of language, philosophy of mathematics, and philosophy of science. He served as a professor at Princeton University, Massachusetts Institute of Technology, and Harvard University. He was elected a Fellow of the American Academy of Arts and Sciences in 1965. In 1976, he was elected President of the American Philosophical Association. For his contributions in philosophy and logic, he was awarded the Rolf Schock prize in 2011 and the Nicholas Rescher Prize for Systematic Philosophy in 2015. He wrote several books include: Reason, truth, and history, Words and life, Representation and Reality, Realism with a human face, Renewing Philosophy, Pragmatism, The Threefold Cord, Ethics without Ontology, and Philosophy in an Age of Science.