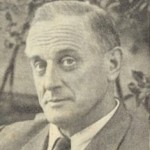 Edward Hesketh Gibbons Pearson was born in Hawford, Claines, Worcestershire, England. He was a British actor and biographer. He is known mainly for his popular biographies; they made him the leading British biographer of his time, in terms of commercial success. He studied at Orkney House School and Bedford Grammar School. Conservative by temperament, he was a passionate reader of Shakespeare's plays, and a frequent theatre-goer. When his brother's business faced bankruptcy, he applied for a job with Herbert Beerbohm Tree, and began acting with that theatrical entrepreneur's company in 1911. He wrote several books include: Modern men and mummers, A Persian critic, Doctor Darwin, Common misquotations, Gilbert and Sullivan(biography), A Life of Shakespeare(biography), Bernard Shaw(biography), The Life of Oscar Wilde(biography), The Man Whistler(biography), Walter Scott(biography), and The fool of love.