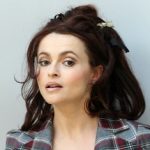 Helena Bonham Carter was born in London, England. She is an English actress. Her role in several films include: The Wings of the Dove(Nominated-Academy Award for Best Actress), The King's Speech(Nominated-Academy Award for Best Supporting Actress and won the BAFTA Award for Best Supporting Actress), Lady Jane, A Room with a View, Howards End, Terminator Salvation, Great Expectations, Planet of the Apes, Big Fish, Charlie and the Chocolate Factory, Dark Shadows, Alice in Wonderland, and Alice Through the Looking Glass. Her role in television include: Enid(TV film, won Emmy Award for Best Actress), Live from Baghdad(TV movie), Toast(TV film), Salting the Battlefield(TV film), and Love, Nina.