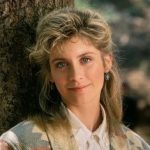 Helen Rachel Slater was born in Bethpage, New York, USA. She is an American actress, singer and songwriter. Her role in several films include: Supergirl, The Legend of Billie Jean, Ruthless People, The Secret of My Success, Sticky Fingers, Happy Together, City Slickers, A House in the Hills, The Steal, and The Curse of Downers Grove. Her role in television include: The Great Air Race, Capital News, 12:01(TV film), Parallel Lives(TV film), Michael Hayes, Gigantic, and The Lying Game. Her albums list shown below: One of These Days, Crossword, Shine, Myths of Ancient Greece, and The Ugly Duckling.