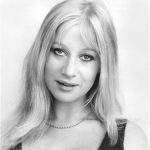 Dame Helen Lydia Mirren was born in Hammersmith, London, England. She is an English actress. She is one of the few performers who have achieved the Triple Crown of Acting, having won the Academy Award for Best Actress in 2007, after two previous nominations, for her performance as Queen Elizabeth II in The Queen. Her role in several films include: Cal, The Cook, the Thief, His Wife & Her Lover, The Madness of King George, Teaching Mrs. Tingle, Gosford Park, Calendar Girls, The Last Station, Hitchcock, The Hundred-Foot Journey, Red, and Red 2. Her role in television include: Prime Suspect(TV series), Losing Chase(TV film), Door to Door(TV film), The Roman Spring of Mrs. Stone(TV film), Phil Spector(TV film), and Documentary Now!(TV series).