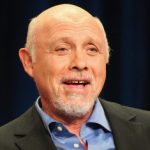 Hector Elizondo was born in New York City, New York, USA. He is an American actor. His first major role was that of God in the 1970 Off-Broadway play Steambath, for which he won an Obie Award. In 1954, he enrolled in City College of New York, intending to become a history teacher. From 1962-63, he studied dance at the Ballet Arts Company at Carnegie Hall. His role in several films include: Born to Win, Pocket Money, Cuba, American Gigolo, Young Doctors in Love, Leviathan, Pretty Woman, Beverly Hills Cop III, Dear God, The Princess Diaries, Georgia Rule, and Mother's Day. His role in television include: Popi, Chicago Hope(won Alma Awards for Outstanding Actor in a Drama Series), a.k.a. Pablo, Foley Square, Out of the Darkness(TV film), Down and Out in Beverly Hills, Chains of Gold(TV film), Borrowed Hearts(TV film), Century City, Cane, Monk, and Last Man Standing.