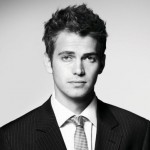 Hayden Christensen was born in Vancouver, British Columbia, Canada. He is a Canadian actor. He was praised for his acting as Sam in Life as a House, which earned him nominations for both the Golden Globe Award and Screen Actors Guild Award. His role in several films include: In the Mouth of Madness, All I Wanna Do, Free Fall, Star Wars: Episode II, Shattered Glass, Star Wars: Episode III, Factory Girl, Awake, Virgin Territory, Jumper, New York, I Love You, Vanishing on 7th Street, American Heist, and 90 Minutes in Heaven. His role in television include: Harrison Bergeron(TV movie), No Greater Love(TV film), Trapped in a Purple Haze(TV movie), and Higher Ground (TV series).