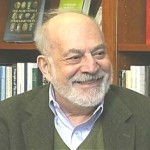 Harry Gordon Frankfurt was born in Langhorne, Pennsylvania, USA. He is an American philosopher, professor and writer. He is professor emeritus of philosophy at Princeton University, where he taught from 1990 until 2002. He previously taught at Yale University, Rockefeller University and Ohio State University. He earned a B.A. degree in 1949 and Ph.D. in 1954 from Johns Hopkins University. His major areas of interest include moral philosophy, philosophy of mind and action, and 17th century rationalism. He has written several books include: Demons, dreamers, and madmen, The importance of what we care about, Necessity, volition, and love, The Reasons of Love, On Bullshit, On Truth, Taking Ourselves Seriously and Getting It Right, and On Inequality.