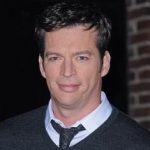 Joseph Harry Fowler Connick Jr. was born in New Orleans, Louisiana, USA. He is an American singer, TV personality, bandleader and actor. He has sold over 28 million albums worldwide. His albums list shown below: Dixieland Plus, Pure Dixieland, We Are in Love, 25, She, When My Heart Finds Christmas, Come by Me, Songs I Heard, Only You, and Oh, My Nola. His role in several films include: Memphis Belle, Copycat, Independence Day, Hope Floats, Wayward Son, Basic, Bug, P.S. I Love You, New in Town, Dolphin Tale, and Dolphin Tale 2. He played Grace's husband, Leo Markus, on the NBC sitcom Will & Grace from 2002 to 2006. He has won three Grammy Awards and two Emmy Awards.