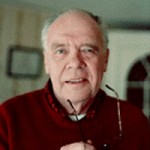 Harry Clement Stubbs, better known by the pen name Hal Clement was born in Somerville, Massachusetts, USA. He was an American science fiction writer. He also painted astronomically oriented artworks under the name George Richard. He graduated with a B.S. in astronomy from Harvard University in 1943. He earned an M.Ed. degree from Boston University in 1946 and M.S. in chemistry from Simmons College in 1963. During World War II he was a pilot and copilot of a B-24 Liberator and flew 35 combat missions over Europe with the 68th Bomb Squadron, 44th Bomb Group, based in England with 8th Air Force. He taught chemistry and astronomy for many years at Milton Academy in Milton, Massachusetts. He wrote several novels include: Needle, Iceworld, Mission of Gravity, Close to Critical, Star Light, The Nitrogen Fix, Fossil, and Half Life. He wrote several short stories include: Small Changes, First Flights to the Moon, Lecture Demonstration, Heavy Planet, and The Best of Hal Clement.