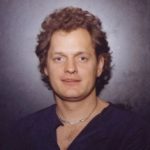 Harry Forster Chapin was born in Brooklyn, New York City, USA. He was an American singer-songwriter, playwright, composer, musician and Humanitarian best known for his folk rock songs including "Taxi", "W*O*L*D", the No. 1 hit "Cat's in the Cradle", "Mr. Tanner", and "Flowers Are Red." He was also a dedicated humanitarian who fought to end world hunger; he was a key participant in the creation of the Presidential Commission on World Hunger in 1977. In 1987, he was posthumously awarded the Congressional Gold Medal for his humanitarian work. He originally intended to be a documentary film-maker and directed Legendary Champions in 1968, which was nominated for a documentary Academy Award. His albums list shown below: Heads & Tales, Sniper and Other Love Songs, Dance Band on the Titanic, Living Room Suite, Sequel, and The Last Protest Singer.