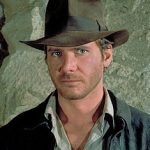 Harrison Ford was born in Chicago, Illinois, USA. He is an American actor. His role in several films include: American Graffiti, The Conversation, Star Wars, Apocalypse Now, The Empire Strikes Back, Raiders of the Lost Ark, Blade Runner, Witness(nominated for the Academy Award for Best Actor), Presumed Innocent, Patriot Games, The Fugitive, Clear and Present Danger, Air Force One, What Lies Beneath, Star Wars: The Force Awakens, and Blade Runner 2049.