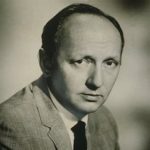 Harold Robbins was born in New York City, New York, USA. He was an American novelist. He wrote several novels include: Never Love a Stranger, The Dream Merchants, A Stone for Danny Fisher, Never Leave Me, The Carpetbaggers, 79 Park Avenue, Stiletto, Where Love Has Gone, The Adventurers, The Betsy, The Pirate, The Lonely Lady, Dreams Die First, Memories of Another Day, Goodbye, Janette, The Storyteller, Descent from Xanadu, The Piranhas, The Raiders, The Stallion, Tycoon, The Predators, The Secret, Sin City, and Heat of Passion. One of the best-selling writers of all time, he penned over 25 best-sellers, selling over 750 million copies in 32 languages.