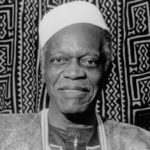 Henry "Hank" Jones Jr. was born in Vicksburg, Mississippi, USA. He was an American jazz musician. In 1989, The National Endowment for the Arts honored him with the NEA Jazz Masters Award. He was also honored in 2003 with the American Society of Composers, Authors, and Publishers Jazz Living Legend Award. In 2008, he was awarded the National Medal of Arts. On April 13, 2009, the University of Hartford presented Jones with a Doctorate Degree for his musical accomplishments. He recorded more than 60 albums under his own name. His albums list shown below: Urbanity, The Talented Touch, Porgy and Bess, Hanky Panky, Bop Redux, West of 5th, I Remember You, Compassion, Bluesette, Just for Fun, Arigato, Tiptoe Tapdance, The Oracle, and Best of Hank Jones.