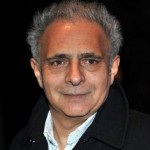 Hanif Kureishi was born in Bromley, South London, England. He is a British playwright, screenwriter, film director and novelist. He attended King's College London and took a degree in philosophy. He has written several novels include: The Buddha of Suburbia(won the Whitbread Award for the best first novel), The Black Album, Intimacy, and Gabriel's Gift. He has written several films include: My Beautiful Laundrette(nomination-Academy Award for Best Screenplay), Sammy and Rosie Get Laid, London Kills Me, The Buddha of Suburbia (TV serial), My Son the Fanatic, The Mother, Venus, and Le Week-End. He has written play, Sleep With Me. He directed feature film entitled, London Kills Me. In 2013, he was appointed as a professor in the creative writing department at Kingston University in London.