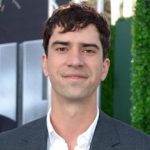 Hamish Linklater was born in Great Barrington, Massachusetts, USA. He is an American actor, known for playing Matthew Kimble in The New Adventures of Old Christine and Andrew Keanelly in The Crazy Ones. In 1994, he graduated from Commonwealth School in Boston, and attended Amherst College. His role in several films include: Groove, Live from Baghdad(TV movie), Fantastic Four, The Future, Battleship, Lola Versus, 42, The Angriest Man in Brooklyn, Magic in the Moonlight, One More Time, Ithaca, and The Big Short. His role in television include: Gideon's Crossing, 5ive Days to Midnight, The Big C, and The Newsroom.