Showing all quotes
Hal B. Wallis (1) 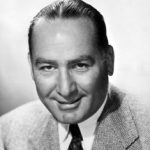 Harold Brent "Hal" Wallis was born in Chicago, Illinois, USA. He was an American film producer. He is best remembered for producing Casablanca and True Grit, along with many other major films for Warner Bros. Later on, for a long period, he was connected with Paramount Pictures and oversaw films featuring Dean Martin, Jerry Lewis, Elvis Presley, and John Wayne. He produced other films include: Little Caesar, Central Airport, Kid Galahad, Yankee Doodle Dandy, The Adventures of Robin Hood, Sergeant York, Now, Voyager, Mary, Queen of Scots, Anne of the Thousand Days, and Love Letters.