Showing all quotes
Gregory A. Boyd (1) 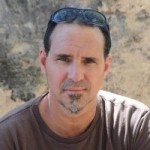 Gregory A. "Greg" Boyd is an American theologian, pastor, professor, and author. He is Senior Pastor of Woodland Hills Church in St. Paul, Minnesota. He has also long been known as a leading advocate of open theism. In addition, he is a noted Christian anarchist and is known for his writings on the relationship between Christianity and politics, including his best-selling book The Myth of a Christian Nation, which was written after the New York Times published a front-page cover article on Boyd's criticism of the Christian right. He earned a bachelor's degree in Philosophy from the University of Minnesota. He graduated cum laude with a Master of Divinity degree from Yale Divinity School in 1982. He earned his Ph.D. from  Princeton Theological Seminary in 1987. He served as a Professor of Theology at Bethel University for sixteen years. He has written several books include: Trinity and process, Oneness Pentecostals and the Trinity, Letters from a skeptic, Jesus under siege, God of the Possible, Satan & the Problem of Evil, Is God to Blame?, Repenting of Religion, Present Perfect, and Benefit of the Doubt.