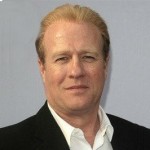 Gregg Lee Henry was born in Lakewood, Colorado, USA. He is an American actor. He is best known for his performance as serial killer Dennis Rader in the made-for-television film The Hunt for the BTK Killer, and for playing various "heavies" in various films, such as in Payback and Brian De Palma's Body Double. His role in other films include: Mean Dog Blues, Hot Rod, Fair Game, Raising Cain, Femme Fatale, Slither, The Black Dahlia, The Reunion, Any Day Now, and Jason Bourne. His role in television include: The Riches, Rich Man, Poor Man Book II, The Killing, Hell on Wheels, and The Following.