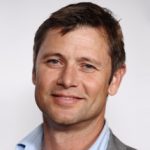 Grant Alan Show was born in Detroit, Michigan, USA. He is an American actor best known for his TV role on Melrose Place as Jake Hanson, which he played from 1992 to 1997. He graduated from the University of California, Los Angeles. His role in several films include: A Woman, Her Men, and Her Futon, The Girl Next Door, All Ages Night, Born to Race, and The Possession. His role in television include: The Love Boat, When We Were Young(TV film), True Blue, Texas, Ice(TV disaster film), Encrypt(TV film), Sex and the Single Mom(TV film), Strong Medicine, Point Pleasant, Swingtown, Natalee Holloway(TV film), Devious Maids, and The Family.