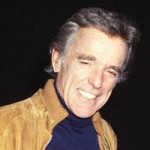 Gower Carlyle Champion was born in Geneva, Illinois, USA. He was an American actor, film director, theatre director, choreographer, and dancer. His role in several films include: Mr. Music, Show Boat, Lovely to Look At, Give a Girl a Break, Jupiter's Darling, Three for the Show, and Everything I Have Is Yours. He directed several films include: Once Upon a Honeymoon, My Six Loves, and Bank Shot. In 1964, he directed one of Broadway's biggest blockbusters, Hello, Dolly!. The show ran for 2844 performances, starring Carol Channing, and won ten Tony Awards, including Best Musical, as well as two for Champion's direction and choreography.