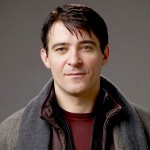 Goran Visnjic was born in Šibenik, Croatia. He is a Croatian-American actor who has appeared in American and British films and television productions. He is best known in the United States for his role as Dr. Luka Kovač on the NBC television series ER. His role in several films include: Welcome to Sarajevo, Practical Magic, The Deep End, Doctor Sleep, Long Dark Night, Elektra, Helen, Beginners, The Counselor, and Midnight Sun. His role in television include: Night Watch, Spartacus, Tito, The Deep, Pan Am, Red Widow, and Extant.