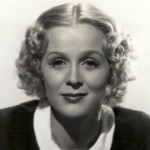 Gloria Frances Stuart was born in Santa Monica, California, USA. She was an American actress, visual artist, and environmentalist. She began her acting career on the stage in the 1930s and 1940s, in Los Angeles and New York City. In 1945, after she shifted to a career as an artist, working as a fine printer and making paintings. She returned to acting in the late 1970s. In 1997, she was cast as the 101-year-old elder Rose Dawson Calvert in James Cameron's Titanic. Her performance in the film earned her a Screen Actors Guild Award and a nomination for the Academy Award for Best Supporting Actress. Receiving her nomination at age 87, she is the oldest person nominated for an Academy Award for acting. Her role in several films include: The Old Dark House, The Invisible Man, Maybe It's Love, The Lady Escapes, The Three Musketeers, My Favorite Year, Titanic, The Love Letter, and Land of Plenty(Last film-2004).