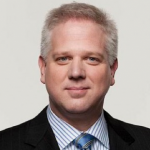 Glenn Beck was born in Everett, Washington, USA. He is an American television and radio host, conservative political commentator, author, television network & film producer, and entrepreneur. He hosts the Glenn Beck Radio Program, a popular nationally syndicated talk-radio show. He is the founder and CEO of Mercury Radio Arts, a multimedia production company through which he produces content for radio, television, publishing, the stage, and the Internet. He launched TheBlaze in 2011 after leaving Fox News. He currently hosts an hour-long afternoon program, The Glenn Beck Program, on weekdays, and a three-hour morning radio show; both are broadcast on TheBlaze. He is also the producer of For the Record on TheBlaze. He has written several books include: An Inconvenient Book, Arguing with Idiots, Broke, The Overton Window, The Eye of Moloch, and The Immortal Nicholas(novel).