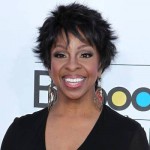 Gladys Maria Knight was born in Atlanta, Georgia, USA. She is an American singer–songwriter and actress. A seven-time Grammy Award-winner, she is best known for the hits she recorded during the 1960s and 1970s, for both the Motown and Buddah Records labels, with her group Gladys Knight & the Pips, which also included her brother Merald "Bubba" Knight and her cousins Edward Patten and William Guest. Her albums list shown below: Neither One of Us, Imagination, Claudine, I Feel a Song, All Our Love, Every Beat of My Heart, Good Woman, Live at the Roxy, Before Me, A Knight To Remember, Love Songs, Gold, Another Journey, Trust In You, Where My Heart Belongs, and Best Of. Her billboard number 1 R&B singles list shown below: "Every Beat of My Heart", "If I Were Your Woman" , "Midnight Train to Georgia", and "Love Overboard". Her role in several films include: Pipe Dreams(Nominee-Golden Globe Award for New Star of the Year-Actress), Twenty Bucks, Hollywood Homicide, Unbeatable Harold, and I Can Do Bad All by Myself.