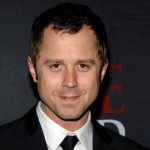 Antonino Giovanni Ribisi, known professionally as Giovanni Ribisi was born in Los Angeles, California, USA. He is an American actor. Best known for his roles in Saving Private Ryan, Boiler Room, Avatar, and Ted. He began his career as a child on television shows such as The New Leave It to Beaver, The Wonder Years, and My Two Dads. His role in several films include: The Postman, Some Girl, The Other Sister, Heaven, Cold Mountain, Flight of the Phoenix, The Big White, Perfect Stranger, A Million Ways to Die in the West, Results, and The Bad Batch. His role in television include: Davis Rules, Family Album, Ellen, Friends, My Name Is Earl, and Dads.