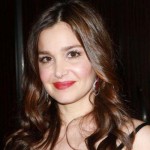 Gina Philips was born in North Miami Beach, Florida, USA. She is an American actress. She is known for her recurring roles on David E. Kelley's Ally McBeal as Sandy Hingle and Boston Public as Jenna Miller. Her role in several television films include: No Greater Love, Unforgivable, Her Costly Affair, Born Into Exile, Bella Mafia, and My Baby Is Missing. Her role in several films include: Telling You, Jeepers Creepers, The Anarchist Cookbook, Dead & Breakfast, The Sickhouse, and Chained. She has also made guest appearances on Star Trek: DS9, Sliders, ER, CSI, Medium and Monk.