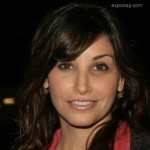 Gina L. Gershon was born in Los Angeles, California, USA. She is an American actress. She graduated with a BFA in drama and psychology/philosophy from New York University in 1983. Her role in several films include: Pretty in Pink, Sweet Revenge, Red Heat, Cocktail, Showgirls, Bound, The Insider, Demonlover, Love Ranch, House of Versace, The Scribbler, and Staten Island Summer. Her role in television include: Sinatra, Snoops, Tripping the Rift, How to Make It in America, Cleaners, and Z Nation.