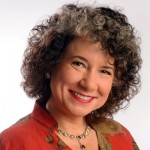 Gina Barreca was born in Brooklyn, New York City, New York, USA. She is an American author, columnist, editor, humorist, and professor. She earned a B.A. degree from Dartmouth College, an M.A. degree from Cambridge University, and her Ph.D. from the City University of New York. She is a professor of English literature and feminist theory at the University of Connecticut. She is currently a columnist for the Hartford Courant. She has also published articles in The New York Times, The Philadelphia Inquirer, The Atlanta Journal-Constitution, the Chicago Tribune, Harvard Business Review, The Orlando Sentinel, Ms., The Common Review, and Cosmopolitan. She cowrote a series of humor columns in The Washington Post with Gene Weingarten about the differences between men and women. She has written several books include: They Used to Call Me Snow White...but I Drifted, Perfect husbands, Sweet Revenge, Too Much of a Good Thing is Wonderful, A Sitdown With the Sopranos, Babes in Boyland, It's Not That I'm Bitter, and "If You Lean In, Will Men Just Look Down Your Blouse?"