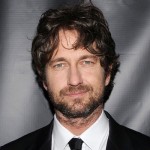 Gerard James Butler was born in Paisley, Renfrewshire, Scotland. He is a Scottish actor. He studied law at the University of Glasgow. His role in several films include: Mrs Brown, Tomorrow Never Dies, Tale of the Mummy, Dracula 2000, Reign of Fire, Lara Croft Tomb Raider: The Cradle of Life, Timeline, The Phantom of the Opera, 300, P.S. I Love You, Nim's Island, RocknRolla, The Ugly Truth, Law Abiding Citizen, Coriolanus, Machine Gun Preacher, Chasing Mavericks, Playing for Keeps, and Olympus Has Fallen. His role in television include: Attila, The Young Person's Guide to Becoming a Rock Star, and The Jury.