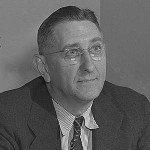 Gerald Gould was born in Scarborough, Yorkshire, England. He was an English journalist, writer, essayist, and poet. He studied at University College London and Magdalen College, Oxford. He was a Fellow of Merton College, Oxford, from 1909 to 1916. He also worked as a journalist on the Daily Herald. He also reviewed novels for the New Statesman, moving to The Observer as fiction editor in 1920. He wrote several poems include: Wander Thirst, Fallen Cities, Freedoms, Oxford, and Tis But A Week. He wrote several books include: My lady's book,  The Journey: Odes and Sonnets, Lady Adela, The Coming Revolution in Great Britain, The Musical Glasses(essays), Refuge from Nightmare(essays), and Isabel(novel).