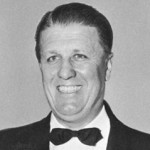 George Stevens was born in Oakland, California, USA. He was an American film director and film producer. He directed several films include: Bachelor Bait, Kentucky Kernels, Alice Adams, Annie Oakley, Quality Street, The Nitwits, Swing Time, A Damsel in Distress, Woman of the Year, The Only Game in Town. He directed and produced several films include: Vivacious Lady, Gunga Din, Vigil in the Night, Penny Serenade, The Talk of the Town, The More the Merrier, I Remember Mama, A Place in the Sun(won six Academy Awards including Best Director), Something to Live For, Shane, Giant(won Academy Award for Best Director), The Diary of Anne Frank, and The Greatest Story Ever Told.