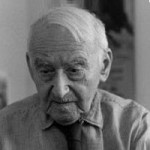 Henry George Seldes was born in Alliance Colony, New Jersey, USA. He was an American investigative journalist, author, and media critic best known for the publication of the newsletter In Fact from 1940 to 1950. In 1914, he was appointed night editor of the Pittsburgh Post. In 1927, he reported for the Chicago Tribune in Mexico, where he criticized the use of the country's mineral rights by American companies. He wrote several books include: You can't print that!, Sawdust Caesar, The fascist road to ruin, Freedom of the Press, Bill of Rights, Facts and fascism, The great quotations(editor), Never tire of protesting, Even the gods can't change history, Witness to a century, One thousand Americans, and Tell the Truth and Run(memoir). He received an award for professional excellence from the Association for Education in Journalism in 1980, and a George Polk Award for his life's work in 1981.