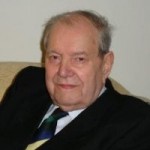 George MacDonald Fraser was born in Carlisle, Cumbria, England. He was a British author who wrote historical novels, non-fiction books and several screenplays. He is best known for a series of works that featured the character Flashman. He was educated at Carlisle Grammar School and Glasgow Academy. Starting in 1953, he worked for many years as a journalist at the Glasgow Herald newspaper, where he was deputy editor from 1964 until 1969. He wrote several novels include: Flashman, Royal Flash, Flash for Freedom!, Black Ajax, The Pyrates, Mr American, The Reavers, The Candlemass Road, and Captain in Calico. He wrote several films include: The Three Musketeers, The Four Musketeers, Royal Flash, Crossed Swords, Octopussy, Red Sonja, and The Return of the Musketeers. He wrote two memoirs include: Quartered Safe Out Here and The Light's on at Signpost. He wrote several short stories include: The General Danced at Dawn, McAuslan in the Rough, and The Sheikh and the Dustbin. He wrote historical non-fiction books include: The Steel Bonnets and The Hollywood History of the World.