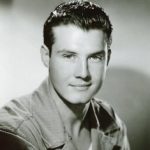 George Keefer Brewer(George Reeves) was born in Woolstock, Iowa, USA. He was an American actor. He is best known for his role as Superman in the 1950s television program Adventures of Superman. His role in several films include: Father Is a Prince, Tear Gas Squad, Calling All Husbands, Lydia, Man at Large, Border Patrol, Jungle Goddess, The Sainted Sisters, The Great Lover, The Good Humor Man, Superman and the Mole Men, The Blue Gardenia, and Westward Ho the Wagons!. His role in television include: The Clock, The Silver Theatre, Starlight Theatre, and The Trap.