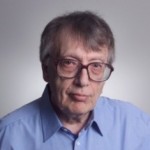 George Jonas was born in Budapest, Hungary. He was a Hungarian-born Canadian writer, journalist, poet, and TV producer. He authored 16 books, including the international bestseller Vengeance, the story of an Israeli operation to kill the terrorists responsible for the 1972 Munich massacre. The book has been adapted for film twice, first as Sword of Gideon, and more recently as Munich. He has also contributed to: the National Review, Saturday Review, The Chicago Sun-Times, The Daily Telegraph, the Wall Street Journal, Foreign Policy Magazine, the Hungarian Review and The National Interest. He worked as a columnist for the Toronto Sun from 1981 to 2001. He was best known for producing the true crime series The Scales of Justice, in collaboration with famed criminal lawyer Eddie Greenspan, for both CBC Radio and CBC Television. He wrote several books include: The Absolute Smile(poems), The Happy Hungry Man(poems), Cities(poems), Reflections on Islam, The East Wind Blows West, A Passion Observed(biography), Final Decree(novel), and Politically Incorrect.