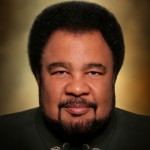 George Duke was born in San Rafael, California, USA. He was an American musician, composer, singer, and record producer in both jazz and popular mainstream musical genres. He earned his master's degree in composition from San Francisco State University. He also taught a course on Jazz And American Culture at Merritt College in Oakland. He was known primarily for thirty-odd solo albums, of which 'A Brazilian Love Affair' from 1980 was his most popular. His albums list shown below: Guardian of the Light, The Aura Will Prevail, Master of the Game, Faces in Reflection, Brazilian Fusion, Feel, Three Originals, Reach For It, Face the Music, Night After Night, Deja Vu, and Duke. He served as a record producer and composer on two instrumental tracks on Miles Davis albums: "Backyard Ritual" and "Cobra". He was nominated for a Grammy as Best Contemporary Jazz Performance for After Hours in 1999.