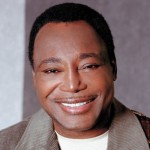 George Benson was born in Pittsburgh, Pennsylvania, USA. He is an American guitarist and singer-songwriter. He began his professional career at 21 as a jazz guitarist. He uses a rest-stroke picking technique similar to that of gypsy jazz players such as Django Reinhardt. He launched a successful solo career, alternating between jazz, pop, R&B singing, and scat singing. His album Breezin' was certified triple-platinum, hitting no. 1 on the Billboard album chart in 1976. His albums list shown below: In Your Eyes, Guitar Man, Beyond the Blue Horizon, Absolute Benson, 20/20, In Flight, The George Benson Cookbook, Pacific Fire, and The Best of George Benson. A ten-time Grammy Award winner, he has produced 36 full-length studio albums and 50 singles throughout an illustrious career.