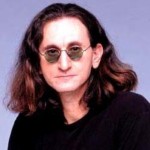 Geddy Lee was born in Willowdale, Toronto, Ontario, Canada. He is a Canadian musician, singer and songwriter best known as the lead vocalist, bassist, and keyboardist for the Canadian rock group Rush. Lee's first solo effort, My Favourite Headache, was released in 2000. An award-winning musician, Lee's style, technique, and skill on the bass guitar have inspired many rock musicians. His albums list shown below: Presto, 2112, Clockwork Angels, Rush, Hemispheres, Power Windows, Vapor Trails, Permanent Waves, A Farewell to Kings, Caress of Steel, Fly by Night, and Test for Echo.