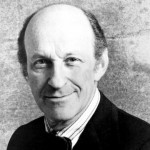 Garson Kanin was born in Rochester, New York, USA. He was an American film director, playwright, and screenwriter. He graduated from the American Academy of Dramatic Arts in New York City. He directed several films include: A Man to Remember, The Great Man Votes, My Favorite Wife, They Knew What They Wanted, and Tom, Dick and Harry. He wrote several plays include:  Born Yesterday, Peccadillo, and A Gift Of Time. Kanin's best-remembered screenplays, however, were written in collaboration with his wife, actress Ruth Gordon. Together, they wrote the Spencer Tracy/Katharine Hepburn film comedies Adam's Rib, Pat and Mike, and A Double Life.